I don’t know where it is started, but I just believe: the love will bear the more love too.

This country just lives when dusk is coming, maybe in 5 until 6 pm in a real world. Except that time, the atmosphere will be dark and there is nothing else. Sometime, rain of flowers hinge in the air, flash, thunder, and drizzle waive prodigiously. When it comes, Akeboshi will go off from his cliff in the sky. We will meet under the tree so-called 15th tree, beside the river. I’ll tell my sorrow, lament, tough, and wings of that to unleash all.

He-he, the opening story is one of many scenes, built in my mind and then had lost deliberately. I write this writing to celebrate 42th Akeboshi’s birthday in this day, Wednesday, July 1, 2020. I will tell you about his profile. You know, looking for his profile is so difficult for me. His personal life never exposes and underrate information about him makes this work digging dense efforts. He saves his private life so pretty. In English or Japanese was same, even less in Indonesia. So I will tell him just from my personal perspective (doubt is my own).

I recognized Yoshio Akeboshi (明星嘉男) from someone in 2014 (if I don’t forget). But Akeboshi had been first popular in Indonesia when I still in Senior High School from famous anime, Naruto. Almost every day my young-brother watched Naruto and I would hear the soundtrack Wind. Let’s we sing the reff: “Don’t try to look so wise. Don’t cry cause you’re so right. Don’t dry with fakes or fears, cause you will hate yourself in the end.” It’s philosophical lyric when you hear from start to end.

Not Wind which made me introducing him closely, but his song Night and Day. A sad song about a musician who come in the grave, yes, funeral person he loves. He come with airplane and carried many stories in the grave. With natural metaphor a couple of rabbits come out, couple rabbits were wriggling together and they were feeling, reeling, dealing, revealing. He avoids the time with sing in night and in day. Other songs that too familiar in my ears are Peruna, Hanabi, Yellow Moon, Quiet Garden, Tiny Rainbow, and more (most of his album all I have recognized nicely and intimately like I introduced myself).

Commonly, Akeboshi is a Japanese folk singer and well-known in the underground Japanese music scene. In Japanese, the meaning of his name is bright star. His songs compelled a deep folk soul, with electronica (folktronica), club jazz, not normal pop, subpop, with different technical melody and some with polyrhythmic structure. Someone wrote, "in his music he uses 5/4 rather than 4/4, the basic time measure". He produced lyric in Japanese, English, and both. Few of his themes about loss, death, hope, touching me emotionally. He became professional musician when he started his debut in first album, Stoned Town. It was released at August 8, 2002—in a other web source said that Akeboshi was active in 1999 or early 2000.

Akeboshi born in the great city Yokohama. A prominent port in Japan country and the second largest city of Japan population. Yokohama means horizontal beach, was the original of fishing village. This prefecture has long history from Meiji and Taisho Period until World War series.

From 3 years old, Akeboshi played piano and then played guitar. In 8 to 9 years old he lived in New Zealand. The early band activities started when 13 years old on Oldies band. Making concert in Yokohama station and participated in dramatic performances. He entered university of music in Liverpool Institute for Performing Arts (LIPA), United Kingdom, after graduated from high school. In Livervool he has a friend like brotherhood named Steven Pilgrim who musician too. He was inspired by Paul Weller, also Bon Iver, FKJ, Tom Misch, Chiemi Manabe, and else.

I read that Akeboshi's thesis on his graduation university quested about Matthew Herbert a British electronic musician. Herbert has known as Radio Boy, Doctor Rockit, Wishmoutain, microhouse and techno musician who understand the politic of listening. His manifesto of mistakes, involve: No drum machines. No synthesizers. No presets. And, anjay! Herbert and his clan ever played Akeboshi's song The Audience on their concert. Ha-ha, until I don’t realize that it is Akeboshi song, badass Herbert.

Furthermore, Akeboshi totally worked in music with write poetic (indeed philosophical) lyric, constantly recording, performing live from cafe to cafe and event to event, making soundtrack of films and ads, mastering and composing song, etcetera. Or this label singer-song writer didn't really fit well for him, as one of interview he said he only a small fraction of his time. He doesn't fancy being stuck anywhere. He endeavors and has resilient to study with teachers and team.

He also become good father for his sons with quiet life, far from the crowded of popularity, and I never know who his wife? (Still be my great mystery) But I know his children (he has two) from his Instagram @akeboshi_, he took photos of them gradually. And it’s heartbreaking me. I have been happy, laugh, and even crying looked how blessing they are. What a life all of their adventure in ship, beach, forest, home, animal, rain, and so, and so. Every I saw them, the nostalgic memory about my ideal life is coming due to anything can life and valueable.

In music, Akeboshi is a experimental musician too who collaborates some instrument tools like cello, flute, fiddle involving electronica sounds from digital beats. He is mixturing several sounds from natural voices and relics like sound of water, sound of wind, sound of daily equipment. His vocal is not just energetic for me, but also mystical, he-he. His music and voice can make me crying without a reason. It’s a deep consciousness.

I have until now made attention about Akeboshi’s fans too in all of his social media. As his genre music, he doesn’t have abundant fanbase, the holy-sweet is he has little fans but militant and loyal in around the world. In Youtube, Instagram, dan Facebook comments, digital citizenry show their comment in many languages. For instance I am from Indonesia, also there were from Southeast Asia, Latin America, Africa, Spanish, Italy, France, Germany, Canada, and many others. In Indonesian proverb: hanya orang yang mencintai yang tahu apa yang dicintainya (just lover who knows what she/he is loved). Eh, Ake, in 2006 you ever came in Indonesia right? Especially in Bali, I hope you can visit anymore to concert.

Oya, he ever said: “Indeed. I’ve never really done much market research or such, though. But according to some data, surprisingly there are a quite a lot of people in Asia and South America listening to my music, which is useful to know. Because the purpose of me singing in English is to reach out to the people around the world, hopefully.”

The spirit of Akeboshi’s song for me is the journey within self, music with meaning. These are I compile his discography to date. From his mini-album to long-album. That’s great Dear Akeboshi-san. Watching your cover album is mind blowing too:

(Anonim)
--
Ps: Thanks to Alfa with his WA status, I repost this to document and education.
yang nulis Isma Swastiningrum pas jam 5:31 AM No comments:

Ps: Thanks to Azhar Ibrahim Alwee with his writing: "In the Pursuit of Spirituality: Notion of the Pious in Contemporary Singapore Malay Literature" so I meet with this great poem.

At this morning, I hear Akeboshi's song and feel finding myself anymore. I never care about crowded, I just impress by little vibration, instance Akeboshi's world. Life in capitalism and neoliberal circle were hell to me. As hell as business as usual. I never enjoy where in every day you are busy in achievement and competition. I never know my life for, but I know what will I do in life. I never know where my job will, my school will, my future will, but that I think is a what will I work, what will I study, and I know what will I do. This is life like Akeboshi: no wish, no wish, and no wish. 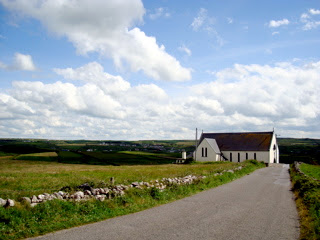 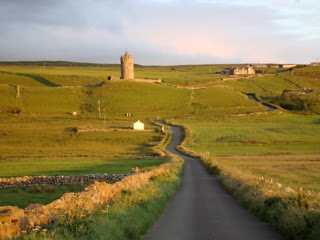 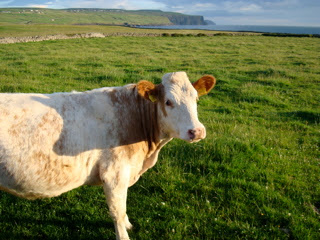 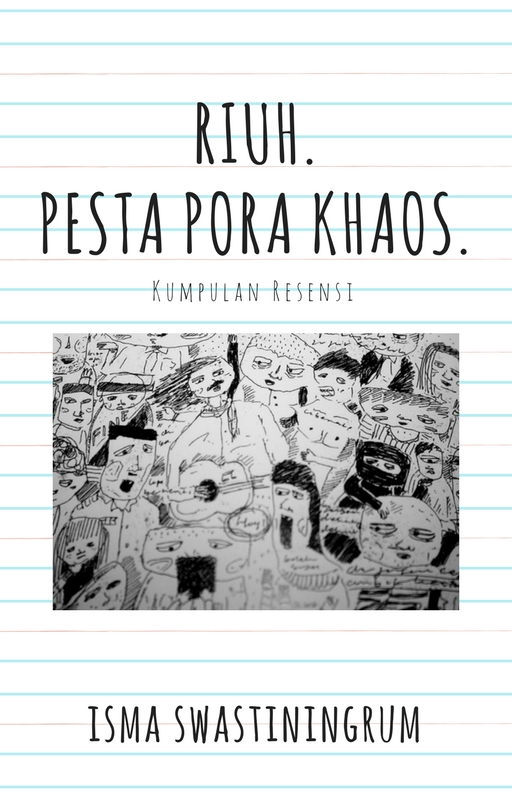 Isma Swastiningrum
You can call me, Isma. I born in Blora, 21 March 1993. My hometown at Menggung Village in Cepu, so close with cemetery and Pertamina. I graduated from a physics major (Bachelor) in State Islamic University Sunan Kalijaga Yogyakarta. My undergraduate thesis about econophysics with the title "Monetary Pattern in United Kingdom (UK) Based on Ideal Gas Monetary Model" (2018). When I sat as a student, I was active in student press agency and ever became Chief of Editor there. Instead that, student organisation activism and art club became my circle too in campus. Now, I work in media, journalism, and independent writing. My research interests involving poverty from the poor society, working class, marginal worker, informal sector, journalism, art for humanity, and everything that rebel my mind. I wrote some books, including Riuh. Pesta Pora Khaos. (2017), Gangster Ramah Lingkungan (2018), and Liputan-Liputan Gembira Jurnalis Persma (2019). I published all at my Academia Account. For questioning, sharing, corresponding, and so on, you can send me e-mail at isma.swastiningrum@gmail.com. You can find me on social media too at my Facebook/Instagram: Isma Swastiningrum or @ideopraksis.